Added to wishlistRemoved from wishlist 0 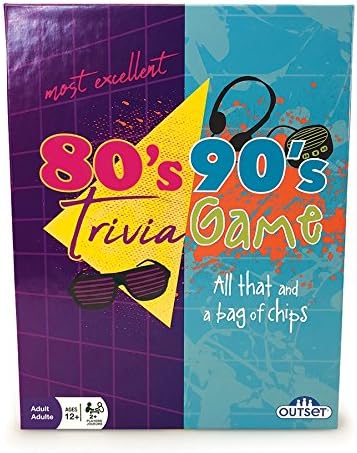 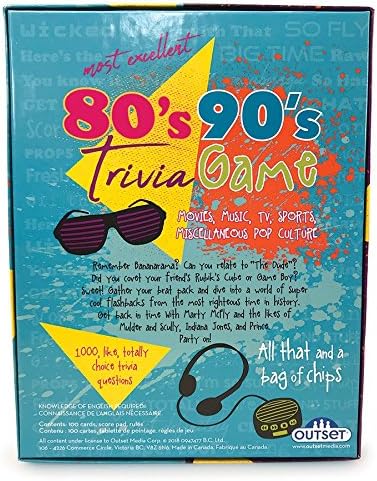 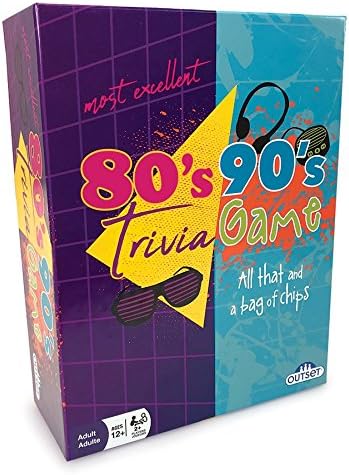 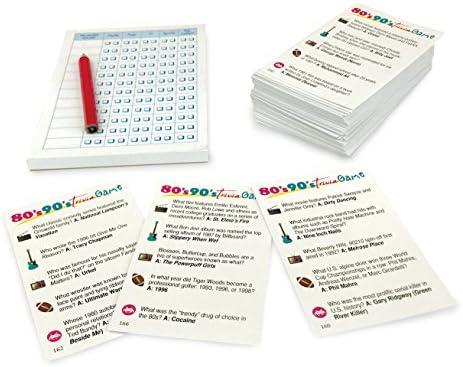 Remember Bananarama? Can you relate to The Dude”? Did you covet your friend’s Rubik’s Cube or Game Boy? Sweet! Gather your brat pack and dive into a world of super cool flashbacks from the most righteous time in history. Get back in time With Marty McFly and the likes of Indiana Jones, Prince, Mulder, and Scully. Party on! 80’s 90’s Trivia is a totally radical blast from the past! Categories include Movies, Music, TV, Sports, and Pop Culture. Sample questions include: • Movie – What is Indiana Jones’ first name: James, Walter, or Henry? Henry • TV – What Seinfeld co-creator later appeared in his own comedy called Curb Your Enthusiasm? Larry David • Music – Belinda Carlisle was a member of what all-girl band? The Go-Gos • Sports – What hockey player sat out 24 games for radiation therapy during the 1992-1993 season and still won the NHL scoring title? Mario Lemieux • Culture – What shoes did Michael Jordan introduce in 1985? Nike Air Jordan

Party on in a blast to the past by reliving the Glory days of the 80’s and 90’s!
Trivia categories include movies, music, TV, sports, and pop culture.
Includes 100 trivia cards with 1, 000 questions.
For two or more players, ages: 12 and up.